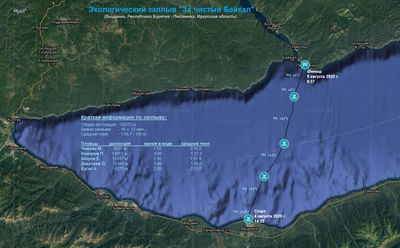 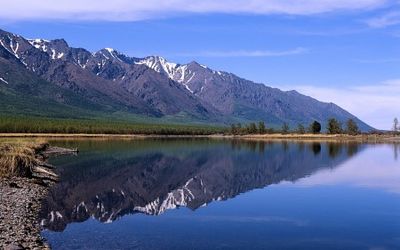 50 km relay course by Oleg Dokuchaev, Maria Chizhova, Pavel Komarov, Eugene Zozulya, and Andrey Bugay on 4-5 August 2020 in 16 hours 11 minutes from 2:25 pm on 4 August to 5 August at 6:36 am as the water temperature dropped from 14°C to 5°C from Vydrino, Buryatia to Listvyanka, Irkutsk in the southern part of the Eastern Siberia.