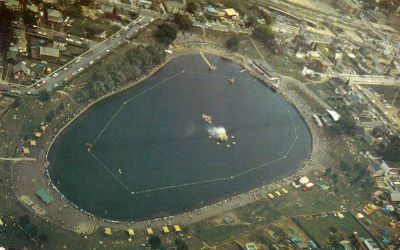 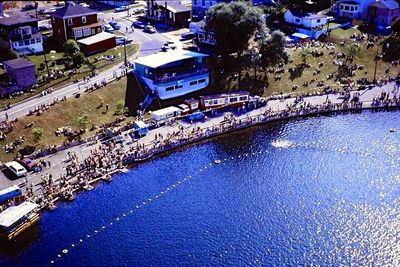 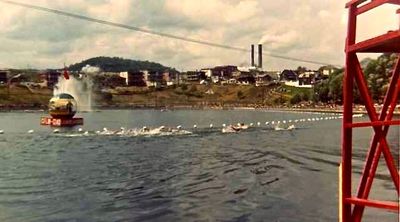 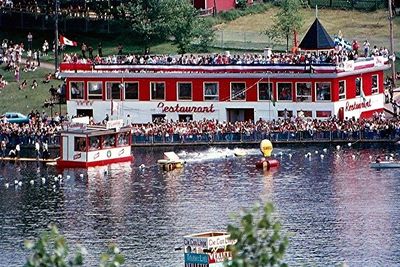 La Tuque is a city located in north-central Quebec on the Saint-Maurice River, between Trois-Rivières and Chambord. It was site of the 24 Heures La Tuque, a 24-hour 2-person professional marathon swimming relay competition held in the 1960s and 1970s in La Tuque, Quebec, Canada.

24 Heures La Tuque (or the Le Marathon de 24 Heures de La Tuque) was a non-stop relay with up to 20 two-person teams that ran from 3 p.m. Saturday to 3 p.m. Sunday. The race was staged in an egg-shaped Lac Louis (Lake Louie) in Quebec. The course was a one-third of a mile plus 11 feet that paralleled the shore so crowds of thousands cheered on the professional marathon swimmers day and night. Some of the greatest marathon swimmers of that era competed in the race including John Kinsella, Paul Asmuth, Sandra Bucha, Bill Heiss, Gilles Potvin, James Kegley, Nabil El Shazly, Abdul Latif Abou Heif, and Rejean LaCoursiere.