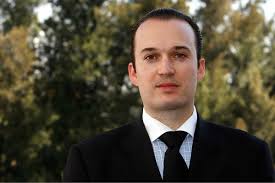 Kiril Todorov is the President of the Mexican Swimming Federation and oversees Swimming, Diving, Synchronized Swimming, Water Polo, Open Water Swimming and Masters Swimming in Mexico where there are annual FINA Open Water Swimming Grand Prix events in Sumidero Canyon, Cozumel and Cancun. He is a member of the Technical Synchronized Swimming Committee of the International Swimming Federation and a member of the Steering Committee of the National Sports System of Mexico, representing the Olympic Federations of Mexico.

He is a member of the Committee for the Selection and Proposal to the Presidency of Mexico of the members of the Sports Arbitration and Appeal Committee, a member of the National Fair Play Committee for the National Olympic Competitions 2010, the General Coordinator of the 15th Central American and Caribbean Championships of the Aquatic Sports 2003, the Conferences of Psycho-Pedagogy of Aquatic Teaching 2003 and 2004, the 13th International Clinic and Expo Swimming 2004, the Gold Medal Clinic of the American Swimming Coaches Association Mexico 2005, the International Aquatic Activities Clinic of the Mexican Swimming Federation 2006, the First Annual Aquatic Convention and Training Clinic MSF 2007.

Todorov received his Bachelor's degree in Production Engineering and a Diploma in Management and Sports Marketing.

On Winning the 2017 World Championship Bid[edit]