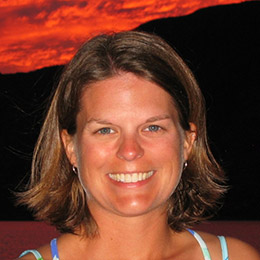 Dr. Kara Lavender Law is a Research Professor of Oceanography at SEA Semester Environmental Studies in Woods Hole & at Sea.

Dr. Law's research interests include large-scale and mesoscale ocean circulation; intermediate and deep water formation in the North Atlantic and its role in the meridional overturning circulation; the distribution of plastic marine debris driven by ocean physics; and the degradation and ultimate fate of plastics in the ocean.

She is a member of The Longest Swim, a transoceanic swim by Ben Lecomte who will swim across the Pacific Ocean starting in December 2015 along with the following researchers, scientists and physicians: