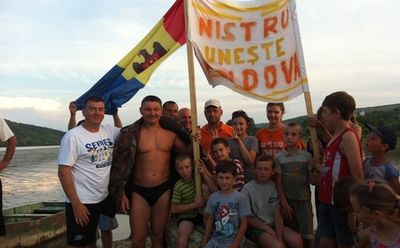 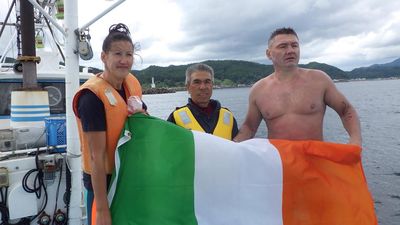 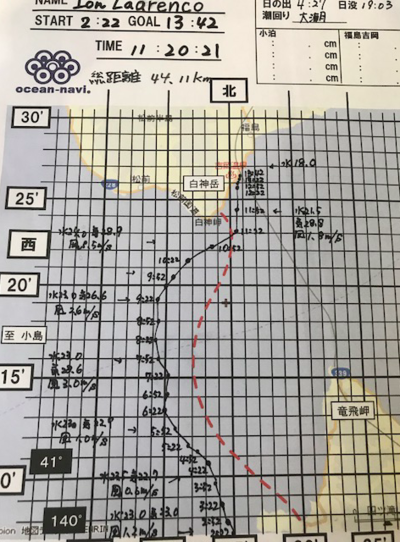 Ion Lazarenco Tiron course across the Tsugaru Channel on 25 July 2017 in 11 hours 20 minutes from Honshu to Hokkaido, Japan 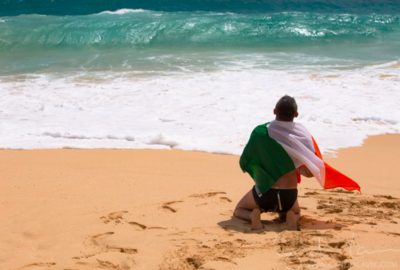 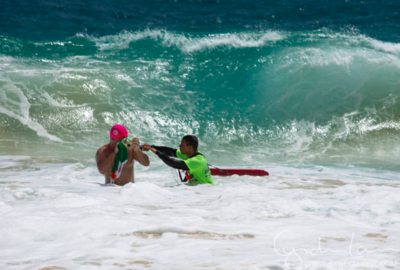 Ion Lazarenco Tiron is a 40-year-old Moldavian/Irish citizen living in Bray, Ireland since 1997.

He was nominated for the 2018 World Open Water Swimming Man of the Year by the World Open Water Swimming Association:
Ion Lazarenco Tiron did his first major open water swim with a 235 km Swimming Marathon Nistru – Unites Moldova stage swim that took 8 days – and raised lots of money for charity. He forged on and ultimately developed a massively hardened veneer and a tough mental attitude in his adopted Ireland. This year, he culminated his four-year Oceans Seven journey with a successful crossing of the Cook Strait. Along the way in the midst of receiving a slew of awards in Ireland and completing an Ice Mile, he has completed the Triple Crown of Open Water Swimming as well as crossings of the Strait of Gibraltar (4 hours 41 minutes), English Channel (13 hours 34 minutes), North Channel (16 hours 23 minutes), Catalina Channel (12 hours 1 minute), Molokai Channel (18 hours 11 minutes), Tsugaru Channel (11 hours 20 minutes) and Cook Strait (11 hours 5 minutes). For becoming the first person from the Republic of Moldova to achieve the Oceans Seven, for serving as an ambassador of the sport and adapting to the Irish community of accomplished swimmers, and for showing that one's origins present no barrier to swimming across the world's most iconic channels while raising significant funds for charities in Moldova, Ion Lazarenco Tiron of the Republic of Moldova/Ireland is a worthy nominee for the 2018 World Open Water Swimming Man of the Year.