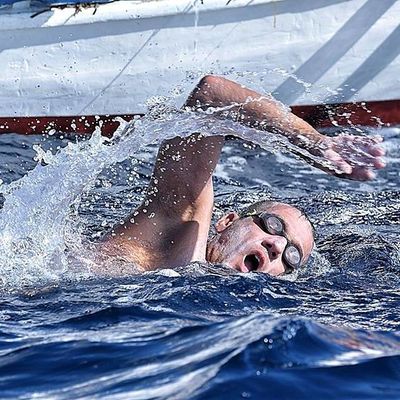 Ioannis Kifonidis is an open water swimmer from Thessaloniki, Greece

Ioannis Kifonidis is an open water swimmer from Thessaloniki, Greece. His coach is Nikolaos Repanas and he trains in the Kalamaria Swimming Pool. He is a member and general secretary of the Helenique Marathon Swimming Club.


Lifeguards: Swim or Die is the experimental shooting-editing of the theatrical performance dress rehearsal. The performance was shown at the Thessaloniki Concert Hall (Thessaloniki Megaron) in May 2016. It's a blend of narration, live piano music (original scores), live cinema under the natural light and swimming exercises and moves in an artistic way (chorus theatre). It is based on the naval short story "Lifeguards" written by the great Skiathos-born author Alexandros Papadiamantis.