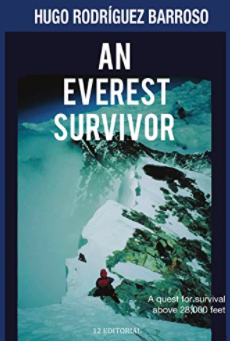 An Everest Survivor: A Quest for Survival Above 28,000 Feet describes the experiences of Hugo Rodríguez Barroso on the summit of Mount Everest

Hugo Rodríguez Barroso is a Mexican endurance athlete with a doctorate in administration who was the first person to achieve the Peak and Pond, a feat that he accomplished twice.

Rodríguez was interviewed on WOWSA Live with Ivar Sisniega and Antonio Argüelles on 24 April 2020.

He wrote a book about his harrowing summit of Mount Everest: