His Excellency The Governor Duncan Taylor 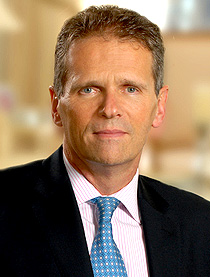 His Excellency The Governor Duncan Taylor

His Excellency The Governor Duncan Taylor, CBE (born 17 October 1958) is a British diplomat and the current Governor of the Cayman Islands. He was recently appointed Great Britain's Ambassador to Mexico.

He joined the United Kingdom Foreign and Commonwealth Office in 1982 as a Desk Officer in its West Africa department. In 2005, he was appointed the British High Commissioner for Barbados and the Eastern Caribbean, which covered the Antigua and Barbuda, the Commonwealth of Dominica, Grenada, Saint Kitts and Nevis, Saint Lucia, and Saint Vincent and the Grenadines. He became the governor of the Cayman Islands on 15 January 2010.

Taylor is married to Marie-Beatrice and has three daughters and two sons.

Governor Taylor is an avid open water swimmer who successfully swam across the Cayman Brac channel from Cayman Brac Island to Little Cayman Island in June 2011 in 2 hours 59 minutes. He also competes regularly in the sea swims in the Cayman Islands including the Flowers International 5k and 10k competition on Seven Mile Beach.