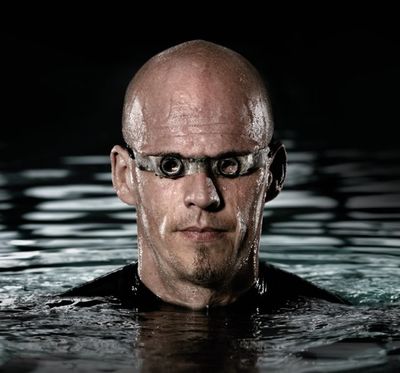 Herbert Nitsch is a record-breaking deep sea diver, whose nickname is the "Flying Fish". He is the only free diver to have reached a depth of 700 feet with the ultimate goal of reaching 1000 feet below the surface of the ocean.

Nitsch is one of the greatest contemporary breath-hold freedivers in the world.

In 1999, on his way to a scuba diving holiday in Egypt, his equipment went missing between two flights. Forced to make do with just a diving mask during his entire vacation, he discovered the fabulous world of freediving and his own personal ability to hold and control his breath. After two weeks’ training, he was already within two meters of the Austrian national record, and two years later, he broke his first international records.

In April 2010 in the Bahamas, he established three new records: two in free immersion and one in constant weight.

Nitsch achieved his greatest feat on June 14th 2007, off the Greek island of Spetses, when he reached the depth of 700 feet (214 meters) in the 'no limit' category. His record remains unmatched.

An innovative, self-taught athlete, Nitsch has developed his own breath-holding techniques and his own sometimes revolutionary equipment, including a small balloon that helps him balance his breathing. Trained to meet the high demands of the aeronautical world, he gives top priority to safety issues and cooperates closely with scientists and doctors in studying the effects on the human body of apnea and deep-sea diving.

In order to push the borders of human accomplishments and to surpass his own limits, Nitsch has now set himself the goal of reaching the legendary 1000-foot barrier or 305 meters below the surface of the ocean on a single breath.