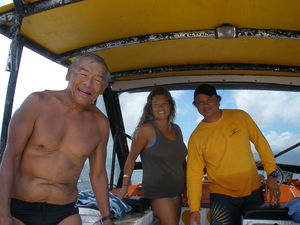 The Hawaiian Channel Swim Association (HCSA) is a volunteer-run channel swimming governing body formed in 1984 by Carol Lee Heltzel to recognize individuals who have successfully swum across the 9 major inter-island channels of the Hawaiian Islands. Its membership includes everyone who has swum at least one channel in Hawaii.

The rules of the Hawaiian Channel Swim Association are based on the rules that govern the English Channel. It has ad hoc committees that address protests, rule interpretations and rule-making issues whose members are HCSA members. Its Recorder / Honorary Secretary Carl Kawauchi possesses an official HCSA Observer's Log and list of local escort boat pilots and boats that have been used in channel crossings. In order for a swim to be registered, recognized and certified by the HCSA, an Observer's Log is required with the Observer's signature, boat information, official time and start/end locations. There is no fee for certification or record-keeping purposes in the volunteer-run organization.

Prior to 1984, there were not many inter-island channel swims. These few swims were substantiated with local newspaper articles, conversations and recollections with other swimmers and escorts.

Channels in the Hawaiian Islands[edit]

The HCSA swims are posted by Keith Arakaki on the www.hawaiiswim.org website with documentation archived by Carl Kawauchi. The organization has been directed by Carol Lee Heltzel, Jim Anderson and Carl Kawauchi.

There were two uncertified swims that are recognized: Bill Pai's Molokai Channel swim from Molokai to Oahu in 1939, long before there was an organization or rules. And Bill Lawrence and Solomon Fernandez's Alalakeiki Channel crossing from Kahoolawe to Maui. These two swimmers were protesters on the island of Kahoolawe illegally. The escaped capture by the United States Navy by swimming across the channel. The story of their escape was obtained from news articles and there is no certification documentation for their swim.

The organization is considering decertifying swims to Kahoolawe after 1994. Because permission is not obtained to enter the waters or come onshore on Kahoolawe. Currently, there is no [[]]HCSA rule governing swims prior to 1994. The organization will keep posting these swims, but will decertify the efforts.

HCSA remains undecided about swims to Niihau, the privately-owned island nearest Kauai. Although it is a private island, it is the State of Hawaii land up to high water mark.

For information on the HCSA, contact Carl Kawauchi at carl.m.kawauchi@hawaii.gov.