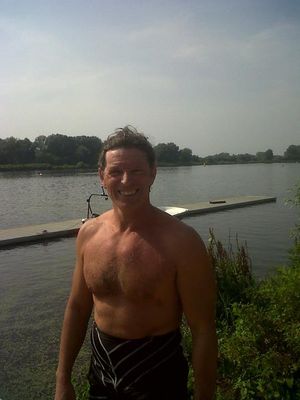 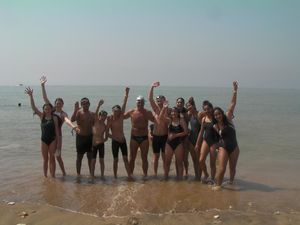 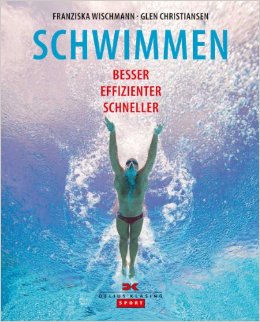 Glen Christiansen (born 10 February 1957 in Göteborg, Sweden) is a world-class swimmer at all levels. He runs a number of successful international swim camps and created Noe's Papa.

He won his first national championship in Sweden at the age of 17 and continued to be the Swedish Record Holder for the next 22 years. He competed in the 1980 Moscow Olympics and swam the fastest time in the world in the 100m breaststroke. Upon retirement, he produced several National Champions and qualified his first Olympic swimmer for the 1984 Los Angeles Olympics.

Glen Christiansen has published books, videos, a swimsuit collection and a weekly television show in Japan and coached junior Olympic swimmers and world champion masters swimmers + managed a sport club. He wrote the book Schwimmen in 2013 together with Franziska Wischmann.

He coached at the Olympic Training Centre in Hamburg, Germany, a position that also included organizing and coordinating scientific tests and camps for foreign National and club teams. In 1992 his team won the German Junior Nationals and in 1996 his team won the German National Championships and qualified 4 swimmers for the 1996 Atlanta Olympics. His swimmers brought home 4 medals and several National records.

He also managed the exclusive Der Club an der Alster with 3000 members in Hamburg, Germany and the SK Neptun, the most successful swimming club in Sweden with 2,500 members and 1,000 children in their swim school. He sent 5 swimmers, 1 diver, 2 coaches and 1 leader to the 2008 Beijing Olympics. He leads the project “SwimStars” in Germany and was the Ambassador for the World Masters Swimming Championships 2010.

In addition to his professional life on pool decks, he has also set more than 50 World Masters records, winning 11 World champion titles and qualifying for the Swedish Senior National Championships as the oldest swimmer ever in history in 2003.

His fight back to health from near-death led to a nomination for the 2013 World Open Water Swimming Man of the Year.