Fort Warren is part of the Prison Island Swims (or the Triple Break or Triple Crown of Prison Island Swims that were nominated for the 2016 WOWSA Awards, a recognition of outstanding men, women, performances and offerings around the globe sponsored by the World Open Water Swimming Association in the category of World Open Water Swimming Offering of the Year 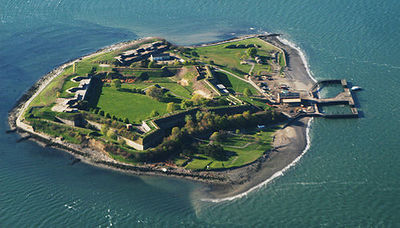 Fort Warren is a historic fort on the 28-acre Georges Island at the entrance to Boston Harbor. The fort is pentagonal star fort, made with stone and granite, and was constructed from 1833–1861, completed shortly after the beginning of the American Civil War. Fort Warren defended the harbor in Boston, Massachusetts, from 1861 through the end of WWII, and during the Civil War served as a prison for Confederate officers and government officials as well as Northern political prisoners.