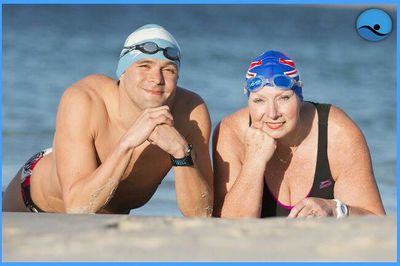 Matías Ola and Jackie Cobell have swum some of the toughest, coldest swims in history. But in a tandem swim of peace and friendship between West Falkland and East Falkland in the Islas Malvinas (Falkland Islands), they required the ultimate in political planning and logistical operations. As part of the Unir el Mundo project, they pull off a successful crossing of the Strait of San Carlos in 2 hours 37 minutes in 6ºC water between the two main islands of the Falkland Islands. For envisioning and completing their joint swim for harmony 33 years after the end of the war between their two respective nations, for competing a dramatically unprecedented expedition between two islands far from the South American mainland, for being personable and friendly ambassadors of the sport and their respective nations, the Malvinas/Falklands Islands Challenge is a worthy nominee for the 2016 World Open Water Swimming Performance of the Year.