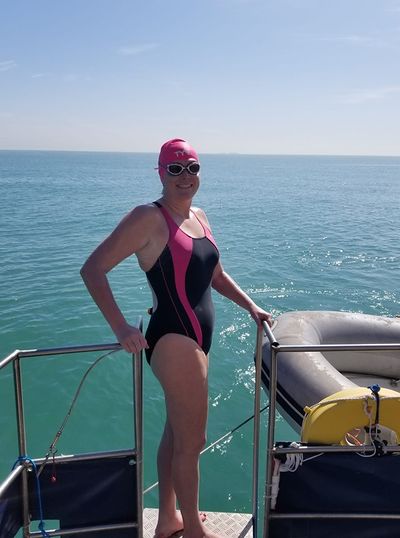 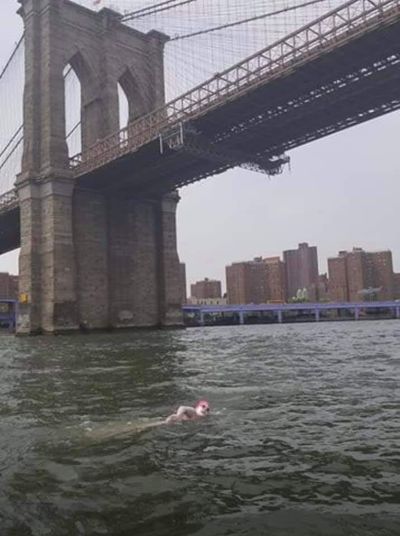 
Elizabeth Almond is a former triathlete-turned-marathon swimmer who completed the Triple Crown of Open Water Swimming in 84 days, the 7th fastest period to complete a 33.5 km crossing of the English Channel (in 12 hours 1 minute), a 32.3 km crossing of the Catalina Channel (in 14 hours 19 minutes), and a circumnavigation swim around Manhattan Island (in 7 hours 43 minute). In the first summer of her marathon swimming career, she quickly achieved the Triple Crown, but she was completely focused on enjoying each experience. In preparing for her swims, she still mentored many, always taking time and significant effort to coach, encourage and support her training mates to reach their own goals. For completing her Triple Crown journey on June 1st and finishing on August 24th in a hectic summer, for enjoying the achievement with her husband and sister on her escort boat, and for humbly and passionately helping others around her to realize their open water dreams, the Triple Crown of Open Water Swimming by Elizabeth Almond is a worthy nominee for the 2019 World Open Water Swimming Performance of the Year.