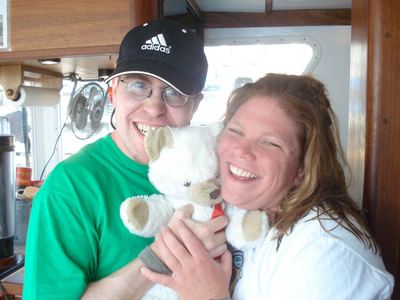 Elaine Kornbau Howley with husband Mark and Mr. Bear after finishing her Catalina Channel crossing in 2008 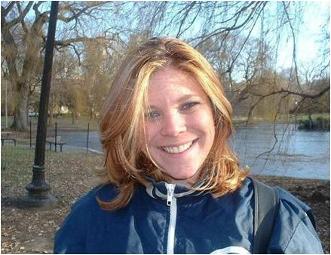 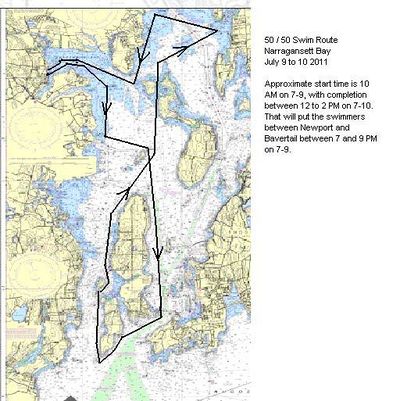 Elaine Kornbau Howley is an American marathon and ice swimmer from Waltham, Massachusetts. She is a freelance journalist who contributes regularly to Outdoor Swimmer magazine and USMS's publications, including SWIMMER magazine. She previously worked as Publications Manager at U.S. Masters Swimming and Managing Editor of SWIMMER Magazine. She was the 32nd person in history to complete the Triple Crown of Open Water Swimming by swimming around Manhattan Island in New York (28.5 miles), Catalina Island to the California mainland (20.4 miles) and the English Channel (21 miles). She was the first person to swim the 32.3-mile length of Lake Pend Oreille in Northern Idaho and was the third person to complete the Triple Crown of Lake Monster swims. She was nominated for the 2014 World Open Water Swimming Woman of the Year and was featured in the 2016 MSF Calendar.

She is a member of the MSF Core Group that oversees standards and policies for Marathon Swimmers Federation projects. She is joined by David Barra, Caroline Block PhD, Andrew Malinak, Anthony McCarley, Evan Morrison, Emma Radford, and Sarah Thomas.

Elaine is a marathon swimmer, ice swimmer and contributor and a powerful force in the world of open water swimming as a swimmer, an organizer, a writer, and support crew. She was the 32nd person to complete the Triple Crown of Open Water Swimming, is the co-record holder of the 16-mile Boston Light double, and completed the 34-mile Lake Pend Oreille crossing in 2014. She is Co-Director of Boston Light and co-founder of the Massachusetts Open Water Swimming Association. She is a freelance health, sports and history journalist with hundreds of publication credits with a variety of national and international publications. Elaine has been a constant and major presence in Vermont for many years and in many capacities. She has been an early and frequent participant in the 10-mile distance at Kingdom Swim as well as the Willoughby Swim. In 2011. she was a co-founder of In Search of Memphre which re-established international swimming on Lake Memphremagog at a time it was widely believed that the border was closed to swimming. She was one of only four who completed the swim that first year, overcoming fierce headwinds throughout the night. She went on to swim across Lake Tahoe in California and Loch Ness in Scotland to become the third person to complete the Triple Crown of Lake Monster Swims. She is an ice swimmer, was one of the 41 Pioneers to participate in the first winter swim on Lake Memphremagog under daunting conditions in 2015. Elaine has been a regular, badass, and cheerful support (crew and pilot) during The Search and at Kingdom Swim, and served as an observer for Sarah Thomas’ 104-mile world record breaking swim on Lake Champlain in 2017. As a writer, she has chronicled some of the grand history of the storied professional and amateur swimming the length of Lake Memphremagog, The Monster Within and Without in Outdoor Swimmer. and has written frequently about swimmers and swimming in the Kingdom.

The work of Elaine Howley was nominated for the 2019 WOWSA Awards in the World Open Water Swimming Offering of the Year category: Ice Miler, marathon swimmer, event director, Triple Crowner, ice swimming second, channel swimming historian, escort crew, feeder, pace swimmer, logistics planner, operations chief, mentor, coach, and writer. Elaine Howley has done everything in the open water as a swimmer herself and as a volunteer for others. She has witnessed some of the most epic swims in history and her talent for documenting and explaining the sport and its luminaries in the written word is unparalleled in modern times. From Captain Matthew Webb and Gertrude Ederle to Sarah Thomas and Ross Edgley, Howley is among open water swimming's most prolific writers and foremost historians. For constantly promoting the sport, its history and its most celebrated and heroic athletes in beautiful prose, for writing a plethora of highly educational, easy-to-read articles on every niche of the sport in leading aquatic and specialty publications from Outdoor Swimming to SWIMMER Magazine, for her extensive research of esoteric facts that is augmented by her introspective personal experience in the open water swimming, Elaine Howley's body of exhaustive research and wide-ranging articles is a worthy nominee for the 2019 World Open Water Swimming Offering of the Year.

"Elaine Howley presents a uniquely skilled and much-appreciated package in the open water swimming world. She not only plans, attempts, governs and completes everything from ice swims to unprecedented marathon swims, but she also eloquently writes about them from a first-person perspective. Howley showcases her story-telling talents for numerous publications while sharing the inner thoughts and emotions of open water swimmers due to her own experiences. Her valuable skill set offered to organizations from the Marathon Swimmers Federation to U.S. Masters Swimming enable the terra firma world to better understand the open water community. Her own 54.7 km crossing of Lake Pend Oreille in Idaho was an example of how she brings the sport closer to the general public. For her ability to accurately describe the thoughts and perspectives of open water swimmers to a larger audience, for organizing and completing swims that stir up the imagination of swimmers and non-swimmers alike in her local community of Boston and beyond, for her unprecedented 20 hour 25 minute crossing of Lake Pend Oreille, Elaine Howley is a worthy nominee for the 2014 World Open Water Swimming Woman of the Year.''

She was featured in the 2016 MSF Calendar:

Howley was named to the list of 2015 World's 50 Most Adventurous Open Water Women by the World Open Water Swimming Association.

Howley was named to the 2017 World's 50 Most Adventurous Open Water Women by the World Open Water Swimming Association. The women are listed below, alphabetically by last name: