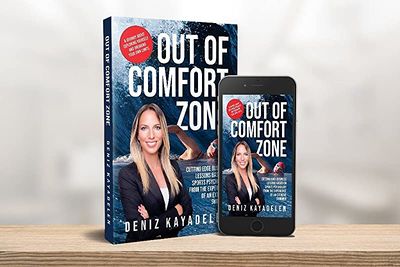 Deniz Kayadelen authored Out of Comfort Zone: Cutting Edge Business Lessons Based on Sports Psychology from the Experience of an Extreme Swimmer

She wrote the book Out of Comfort Zone: Cutting Edge Business Lessons Based on Sports Psychology from the Experience of an Extreme Swimmer that was launched on 9 December 2020. The book was written during the COVID-19 lockdown in South Africa. It documents the inspiring journey of an extreme swimmer and management consultant to give insights on how readers can explore their limits, transform pain to success, and realize their dreams. Swimming is used both as a metaphor and a bridge to corporate life. Inside, readers will find real-life examples of how they can follow their passion, face challenges fearlessly, and expand their growth zone. Readers will get practical tips about useful breathing and meditation exercises, how they can start with cold water training, and, more generally, how they can prepare mentally and physically for any challenge.