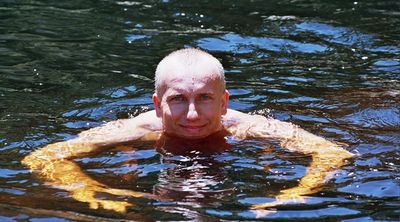 Boguslaw Ogrodnik is the world record holder for denivelation

Denivelation in hiking or cycling is the difference in level between the highest and lowest part of the track, regardless of starting or ending point.

Boguslaw Ogrodnik from Wrocław, Poland is the world record holder for denivelation at 9,011 meters; he scaled Mount Everest to 8,848 meters and dove to 163 meters in the Blue Hole in Sinai, Egypt.