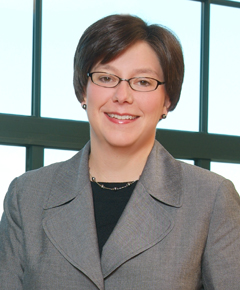 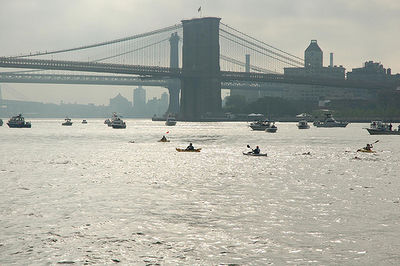 Potomac River Swim for the Environment[edit]

While in law school, Courtney served as President of the Trial Advocacy Board, Vice-Chancellor and member of the McNeill Law Society (an honorary academic society reserved for law students who have achieved a ranking in the top ten percent of their law school class), and Vice-President of the Law Student Chapter of the Virginia Trial Lawyers Association. Courtney also represented the law school in local, state, and national trial competitions. At graduation, Courtney received the Virginia Trial Lawyers Association Student Advocate Award for excellence in trial advocacy.

Courtney swam 28.5 miles in 8 hours 59 minutes 19 seconds in June 2011 around Manhattan Island. She predicted around 9 hours and was right on target and answered the following questions as a result:

You are out there for so long, how do you eat?[edit]

I used a mixture of two sports drinks that provided a combination of electrolytes and a small amount of protein. Ideally, the plan was to drink 8 oz. of this mixture every 30 minutes, and, for the most part we stayed on target. Also, every hour I ate a Chocolate Hammer Gel (tastes kind of like chocolate syrup – yum!). The goal was to get 90 mg of carbohydrates an hour to keep my energy levels up and also help combat any effects from the cold water. I also had available bananas, cookies, ginger ale and mouthwash. I probably ate 3-4 small bananas during the swim – but no cookies! The rules of the swim are that a swimmer cannot touch anything or anyone during the swim (no getting in or touching the boat). That required the bottles to be tossed to me and the gel packets and “food” to be tossed to me in a floating plastic bag or very carefully handed to me so as not to touch the person handing it to me (my kayakers). I usually feed off of the side of the power boat in training swims – but, here, it made more sense to feed off the kayaks. Since I had two wonderful kayakers, one of them was able to stay with me and the other could go to the boat to get whatever food/drink I asked for. Most feedings took about 30 seconds, but a few took a little longer (it is hard to eat a banana and drink 8 oz. in less than 30 seconds)!

Thankfully, I do not get seasick! But, about 2.5 hours into the swim, just after I entered the Harlem River, my stomach was very upset and I “lost” my feeding in what I can only describe as a power puke which then became fish food! The feed I had just taken came up first (orange) and then the prior feed (red) came up. Nothing like puking in the water in front of a bunch of people you’ve just met! While I have had similar issues in other swims, Matt had never actually seen this in a practice swim or an event – so he became pretty concerned. After I puked, however, I felt miraculously better, ate a gel, rinsed with some mouthwash and off I went! No more stomach issues for the rest of the swim. My guess is that it was a combination of nerves, excitement and rough water coming through Hell Gate. As far as how you actually puke in the water when you can’t hold onto anything and while treading water…I can only describe it as similar to a baby who spits up – it just comes flying out!

What do you think about while swimming for 9 hours?[edit]

Mostly I sing songs to myself. My favorite from years ago is “I am the Walrus.” A few years ago, for some reason, “When Doves Cry” snuck into my psyche. In MIMS, mostly I sang one of the songs included in the video “I Believe.” During my training swims I found myself singing “100 Bottles of Beer on the Wall” – but, that didn’t come into my head during MIMS. I also spent quite a bit of time thinking about my stroke, where I was, what I was looking at, how long I’d been swimming, my pace, what was happening on the kayaks, what was happening on the boat and what “normal” people were doing at that time. And, a lot of the time, I wasn’t thinking about much of anything – just numb silence.

How do you swim for that long?[edit]

One stroke at a time! I started swimming when I was 3 years old and I swam year round for many, many years. I can only equate it to someone who learns how to play golf when they are very young – it is all in the technique. I am an efficient swimmer. I don’t panic in the open water – in any conditions – and breathing for me is as easy in the water as it is on land. But good technique and comfort only gets you so far. I also train A LOT. Part of that training includes very long swims of 5-6 hours in the pool (which are very difficult) and long open water swims. I suppose it is fair to say I am a “slow twitch” athlete…I can go for a very long time at the same moderate pace – but, I can’t sprint to save my life. Beyond that, your guess is as good as mine. Frankly, it still seems a bit unreal that I did it!

How did you get your kayakers and power boat?[edit]

The entity that organizes the swim – NYC Swim – provides the kayakers and the boaters. It certainly helps to have support from people who know the waterways and have previously helped swimmers in this swim. One of my kayakers had previously helped several swimmers around Manhattan and the other is a kayak racer and has been around the island at least once. They were both wonderful and I couldn’t have made it around without them. The kayaker sets the course and the swimmer sets the pace. Matt and Chandra reported that the boat captain was also excellent! Also on the boat was an observer for NYC Swim to ensure that the rules were followed, time cutoffs were met and to chart my progress around the island.

What was the water temperature?[edit]

When we started, the water temp was around 66-67, a little warmer than expected given the heat wave in early June. It stayed around 67 for most of the swim with a few spikes and dips here and there. I had no problems with the water temperature.

Did you wear a wetsuit?[edit]

No – wetsuits are not allowed. The swim follows English Channel rules which means – one standard bathing suit, one standard cap and a pair of goggles.

Did you ever think about quitting?[edit]

Not really. I had one moment in the Harlem River where I thought – “really….I could just get in the boat” – but, that was pretty much it. Thankfully, I didn’t find myself in too many “dark places.” I attribute that to the many long swims that I did in the pool in the winter (mind numbing) and in the open water this spring which helped me get my mind ready for a nine hour swim. After a while, your mind just gets kind of numb.

What was the hardest part of the swim?[edit]

Probably the most difficult part of the swim was in the Hudson. We expected the current to be flying in the Hudson. Unfortunately, however, the current didn’t really start to assist until I was about 30-45 minutes into the Hudson and, on top of that, we had a pretty good head-wind. Once the current picked up, the current was moving south and the wind was pushing north – which, unfortunately, creates A LOT of chop from the wind banging against the current. For about 2 hours in the Hudson the water was VERY rough, so rough that the power boat had some waves breaking over the bow and the kayakers had a bit of a roller coaster ride. I took lots waves/chop in the head/face/mouth and felt like I was in a washing machine for a few hours. At one point I looked up and saw a HUGE cruise ship pulling out of its dock. Swimmers DID NOT have the right of way! While we avoided getting too close to the cruise ship – it did send up a significant wake as it pulled away. Thankfully, by that point, I was over my stomach issues and just had to deal with the chop and head-wind from a mental and physical perspective. When I finally saw the Empire State Building, I knew I was getting close to the finish, the water conditions were starting to improve and my time was good. I knew I was going to make it – that was a GREAT feeling!

How much money did you raise?[edit]

Thanks to those of you who donated, I raised nearly US$10,000. I thought about all of your donations many times during the swim.

Did you run into any flotsam or jetsam?[edit]

Nope! I saw two huge blue colored fish in the Hudson. At the start, there was a fair amount of “debris” (large logs, cups, and other such things I’d prefer not to think about) that the Police Boat came and “pushed” out of the way. In the Harlem I saw some cups and bottles floating and wanted to make sure I was moving faster than they were…thankfully I was! All things considered, the water was very clean – although the Harlem is relatively narrow and doesn’t have as strong a tidal push, so it smells a bit “off”. And, no, I didn’t run into any dead bodies!

What was the most surprising thing about the swim?[edit]

I was most taken by all of the bridges in the Harlem River. While I knew they were there, I did not appreciate how many there are and how pretty they would be. The bridges distracted me in a good way! Also, I was shocked to pass a Target store along side the Harlem River!

I must give special thanks to all of those who supported me prior to and during the swim:

● To everyone who donated money and supported me for the swim. ● To the NYC Swim race organizer and volunteers…they make this event happen so people like me can achieve their dreams. ● To Chandra, Frank, Kelly, Myrna, Mark, Tom, Heather, Bill, Clayton and Elodie for crewing on the boat during my training swims. ● To Bill and Patti for a wonderful place to stay and excellent meals during a long training weekend in the Rappahannock. ● To my NYC Swim Crew – Mike, Henry, Bob and Lisa. ● To everyone who traveled to NYC and helped the day of the swim – my Mom (June), my aunt (Barbara Ann), my cousin Sally (who got the worst job of the day – applying zinc oxide and Vaseline to me), Brian, Cindy and Owen! ● To my coach, Steven. ● To my physical therapists at Progress Physical Therapy – Amanda, Liz and Kelly (no neck pain during the swim!). ● To all of you who sent special messages during the swim to keep me motivated. ● To Myrna for updating the blog posts during the swim. ● To Chandra for her huge support both prior to and during the swim. ● To my wonderful husband, Matt, who tirelessly supported me for many months of pool training, river training, and both prior to and during the swim. He is my biggest cheerleader!