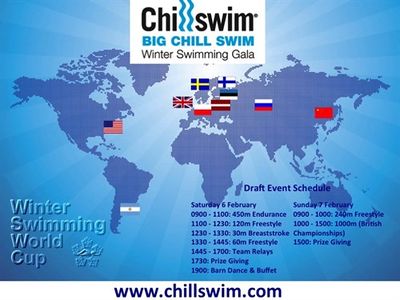 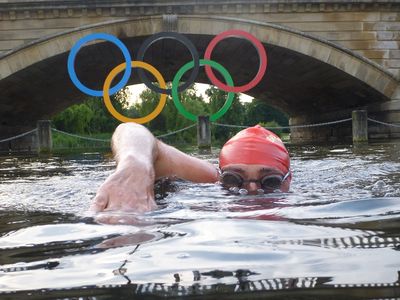 Colin Hill is a British ice swimmer and channel swimmer who was a nominee for the 2012 World Open Water Swimming Man of the Year swimming in the Serpentine in Hyde Park, London 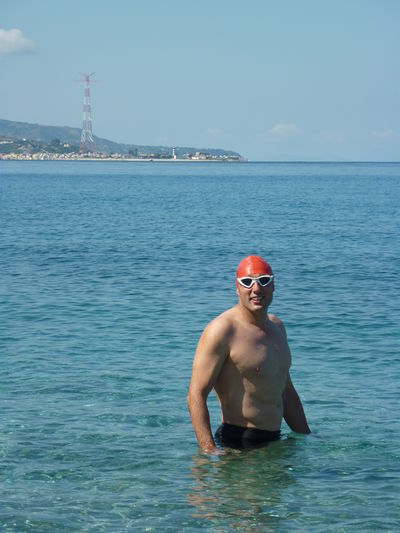 Colin Hill, nominee for the 2012 World Open Water Swimming Man of the Year 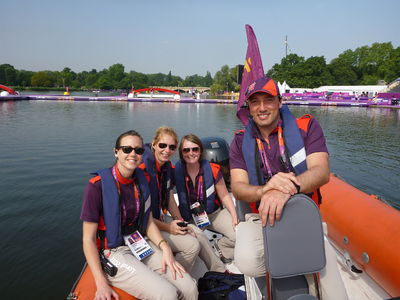 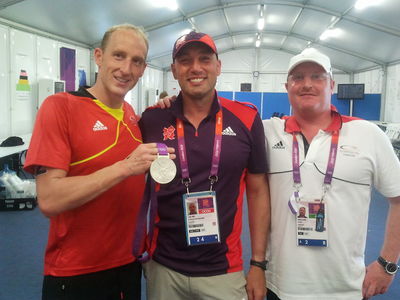 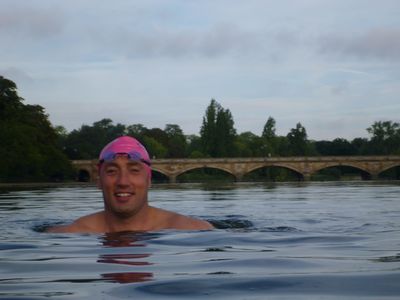 Colin Hill in the Serpentine 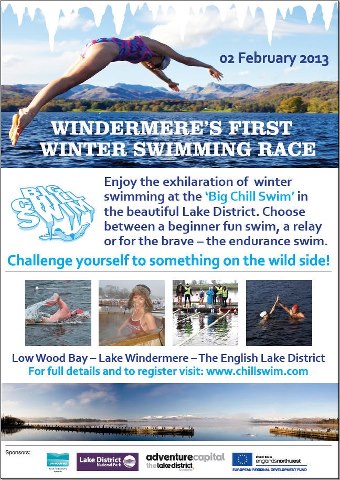 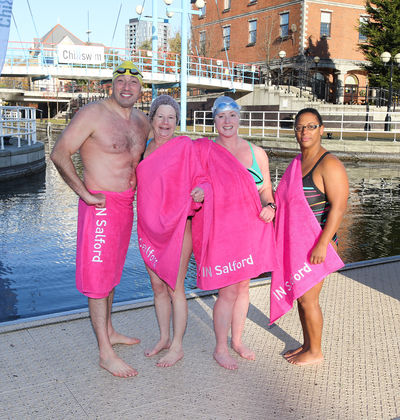 Colin Hill is always around the shoreline, serving as either as a swimmer, television commentator, FINA representative, event organizer or ambassador. He runs events like the Big Chill Swim in Windermere to the Chillswim Coniston - 5.25 miles End to End. He quickly established a new era with the Great Swim Series and the 2012 London Olympics 10K. His sweeping influence over the sport has helped usher in the mass participation events sanctioned by FINA as well as providing boat support for hundreds of swimmers to swim across Windermere. He has the ear of the most influential powerbrokers in aquatics and is looked upon with respect from the hundreds of thousands of newbies that have participated in events established by the 46-year-old dynamo. For his globetrotting activities to promote safety and mass participation in open water swimming, for his flawless execution of local and international competitions in Windermere and beyond, for his boundless joy in swimming in The Ice, across channels and lakes, and in the tropics, Colin Hill is a worthy nominee for the 2016 World Open Water Swimming Man of the Year.

"When so many things could go wrong at the Olympic 10K Marathon Swim, everything went absolutely right in London. Colin Hill orchestrated the greatest open water swimming extravaganza in history. The ultimate organiser showcased the sport in a way that will be difficult to top. The weather was perfect. The races were compelling. The timing system and equipment was customized and color-coordinated. The venue was packed, the course was compact, the buoys were beautiful, and the ambiance could not have been better. The global TV and online audience were treated to outstanding aerial footage in a real-time broadcast. The officiating was spot-on and there were no controversies or interruptions. From the world’s greatest open water series to the world’s greatest open water swimming event, the British visionary has raised the bar so high in the sport that others may take decades to catch up. For his sense of showmanship, for his precise execution of Olympic plans, for his delivery of an exemplary product on the world’s most visible stage, Colin Hill is a worthy nominee for the 2012 World Open Water Swimming Man of the Year."

"Colin Hill is everywhere in the open water. Ubiquitous as a talented swimmer, visionary race director, eloquent spokesman and tireless ambassador, the former manager of the 2012 Olympic 10K Marathon Swim and the Great Swims series is as comfortable doing ice swimming and channel swimming as he is encouraging neoprene-clad triathletes and newcomers to challenge themselves beyond the shoreline. From point-to-point lake swimming events to ice swimming competitions throughout the Lake District, Hill shares his passion for the sport of open water swimming equally well in the water and on the airways. His expertise is enthusiastically sought after by the British media, his knowledge is highly valued by FINA, his solo swims in icy tarns are visually impactful and inspirational efforts of raw toughness. For being one of the leading personalities in the sport, for planning and executing a number of open water competitions with his Chillswims event management company including Chillswim Coniston and the Big Chill Swim, for making realities out of adventurous concepts, Colin Hill is a worthy nominee for the 2014 World Open Water Swimming Man of the Year."

In The English Channel

Colin Hill Talks About Safety And The Allure Of Wild Swimming

Hill will also be a member of the Bering Strait Swim, a 53-mile (86 km) relay swim attempt from Cape Dezhnev in Chukotka, Russia, to Cape Prince of Wales in the state of Alaska, USA among a team of experienced extreme swimmers.