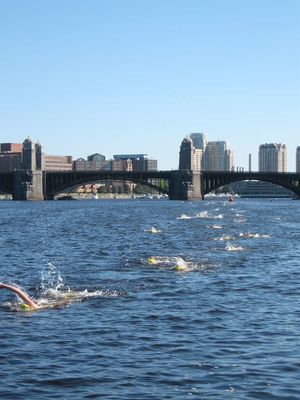 The Charles River is fed by 80 brooks and streams and several major aquifers. While the Boston Marathon course is 26 miles from Hopkinton to Boston, the slow-moving Charles River meanders 80 miles between the same points.