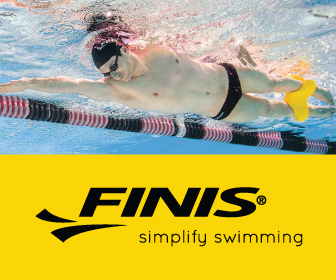 Axis Buoy is nominated for the 2015 World Open Water Swimming Association WOWSA Awards, a recognition of outstanding men, women, performances and offerings around the globe 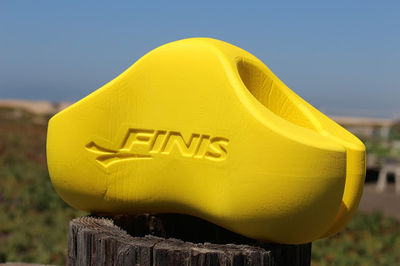 noun - The FINIS Axis Buoy is a multi-use pull buoy and kickboard that was designed and is marketed by FINIS. The Axix buoy, a dual-function pull buoy, can be utilized in a variety of ways in a swimming pool or open water by competitive swimmers, open water swimmers, water polo players or triathletes.

Axis Buoy by FINIS
The Axis Buoy is another outstanding product envisioned and created by FINIS. The multi-function pull buoy can be used as a traditional buoy, isolating the legs while utilizing the core and upper body muscles and serving as an ankle float that encourages better body alignment and a more horizontal body position on the surface of the water, which helps to increase stroke efficiency. The ergonomic design allows the device to be easily moved from the upper legs to the ankles and can also be used as a kickboard and a comfortable pillow to use on the deck of an escort boat, in the bleachers by a swimming pool, on the beach, or on a long flight in an airplane. For its versatility and utility, for its ergonomic design, and for its designers who took a year to develop it, the Axis Buoy by FINIS is a worthy nominee for the 2015 World Open Water Swimming Offering of the Year.