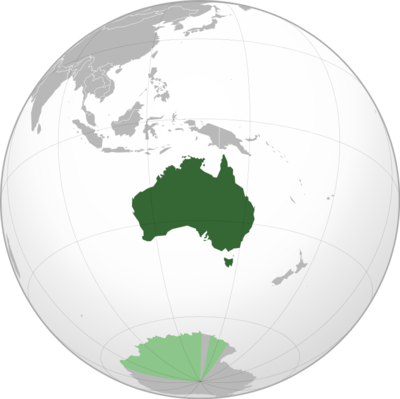 The Commonwealth of Australia

Australia, officially the Commonwealth of Australia, is a sovereign country comprising the mainland of the Australian continent, the island of Tasmania and numerous smaller islands. It is the largest country in Oceania and the world's sixth-largest country by total area. The neighbouring countries are Papua New Guinea, Indonesia and East Timor to the north; the Solomon Islands and Vanuatu to the north-east; and New Zealand to the south-east. Australia's capital is Canberra, and its largest urban area is Sydney.

Australia is part of Continents Seven, a series of 7 different solo open water swims that is completed in all of the seven continents of Planet Earth either (1) within one year, or (2) over the course of one's career. The 7 different open water swims must be performed on all the world's main continuous expanses of land: Africa, Antarctica, Asia, Australia (or Oceania), Europe, North America, and South America.